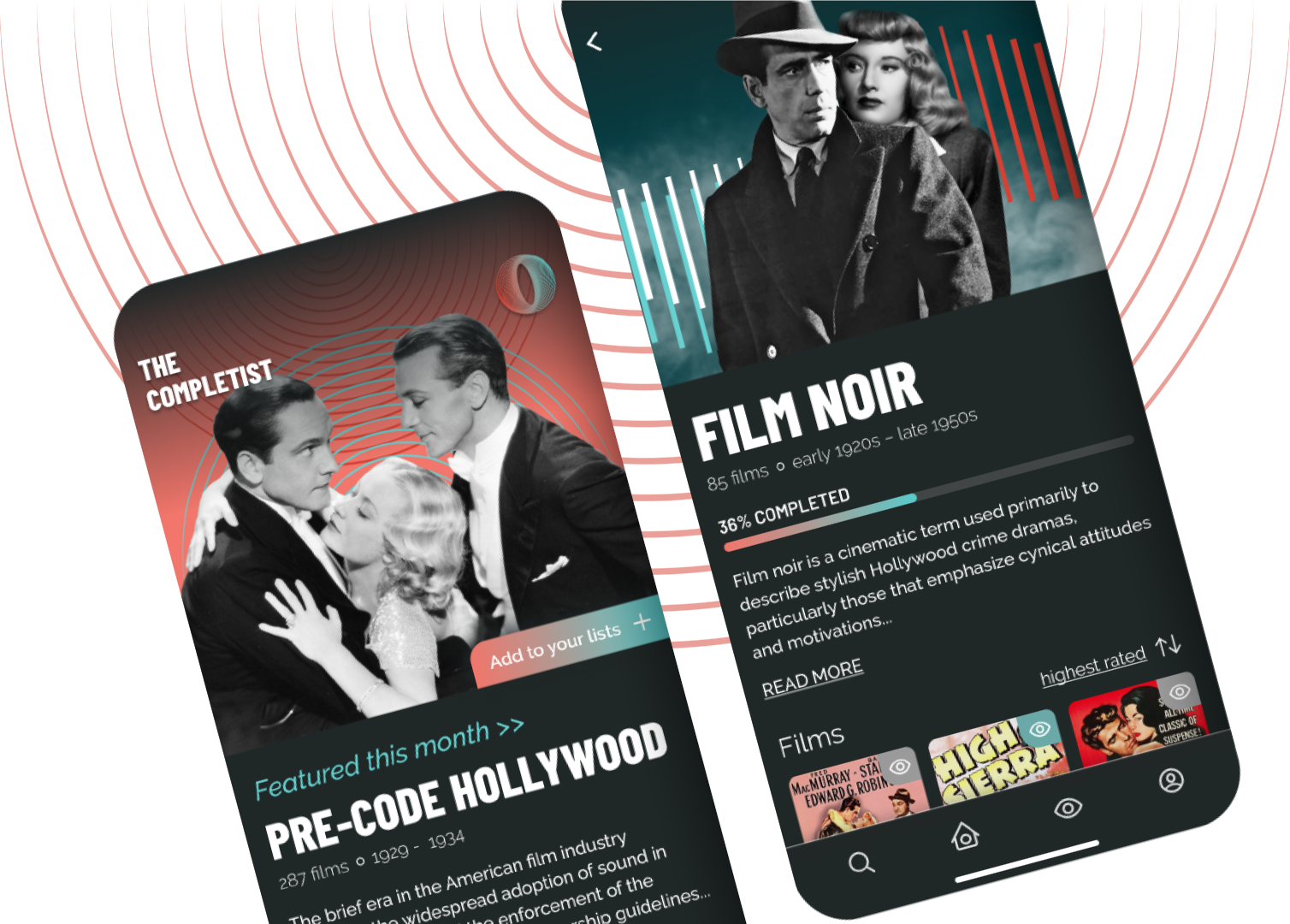 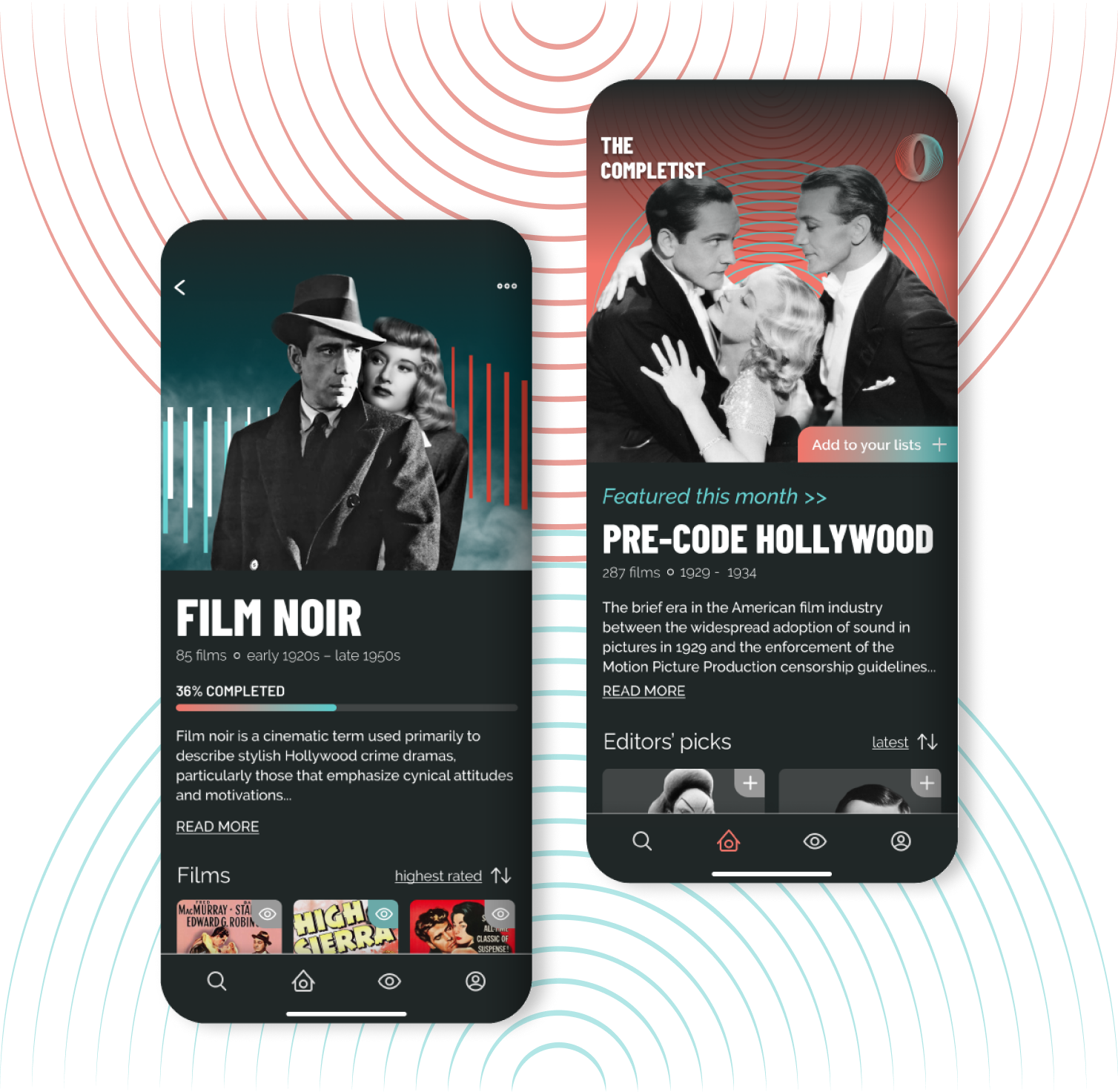 With the advancement of streaming services, movies from all periods are more accessible than ever before. When looking for a movie to watch, users often find themselves split between several apps that revolve around films: one for reading reviews, one for watching trailers, another for checking out behind-the-scenes information, etc. Exploring obscure movies or genres is a whole other story, requiring users to seek inspiration/information from film magazines, blogs, social media groups, and podcasts. All in all, being a full-time film enthusiast requires a substantial amount of effort and determination.

Creating a platform where film fans can explore films and discover new genres through curated watchlists, with all the important details collected in one place.

I chose to focus on classic film fans, finding them extremely passionate about their favorite subjects, be it a favorite actor, an offbeat genre or a director whose work they can’t get enough of. Researching several well-known film-related apps, I found that users often follow lists related to their interests, and use them as a guide when looking for new films to watch. Most of those lists revolve around a specific actor, director, or genre, resulting in a watchlist that has a clear focus and is also reasonably achievable.

Based on competitive analysis, I identified several pointers that should be included in the app to ensure that the user has access to all the necessary information when looking for a film to watch. These factors are:

Being one of the key elements in deciding whether to watch a movie is its metascore, which will be prominently displayed and derived from data collected from the most popular film apps.

providing access to all available channels of a film from within the application, allowing the users to select the channel of their choice.

As the app presents film ratings based on audience reception, I decided to include only certified critics’ reviews in detail, linking each review to its original publication so the user can read it in full.

As the main interaction with the app is conducted through watchlist subscriptions, I found it important to give users a visual indication of their current status for each list, adding a sense of goal-completion to the app.

People can obtain information about a certain film by simply searching Google, but unless it’s a recent blockbuster or an all-time favorite, they may not even hear about it unless they actively search for it. By introducing a curator-like approach, the app works as a sort of inspiration board, suggesting editorially-picked movie lists, that can be based on anything, from established genres to a forgotten director’s entire output.

Using a minimalistic but bold sans serif typeface, I designed the headlines in the app to evoke old movie theater signs. 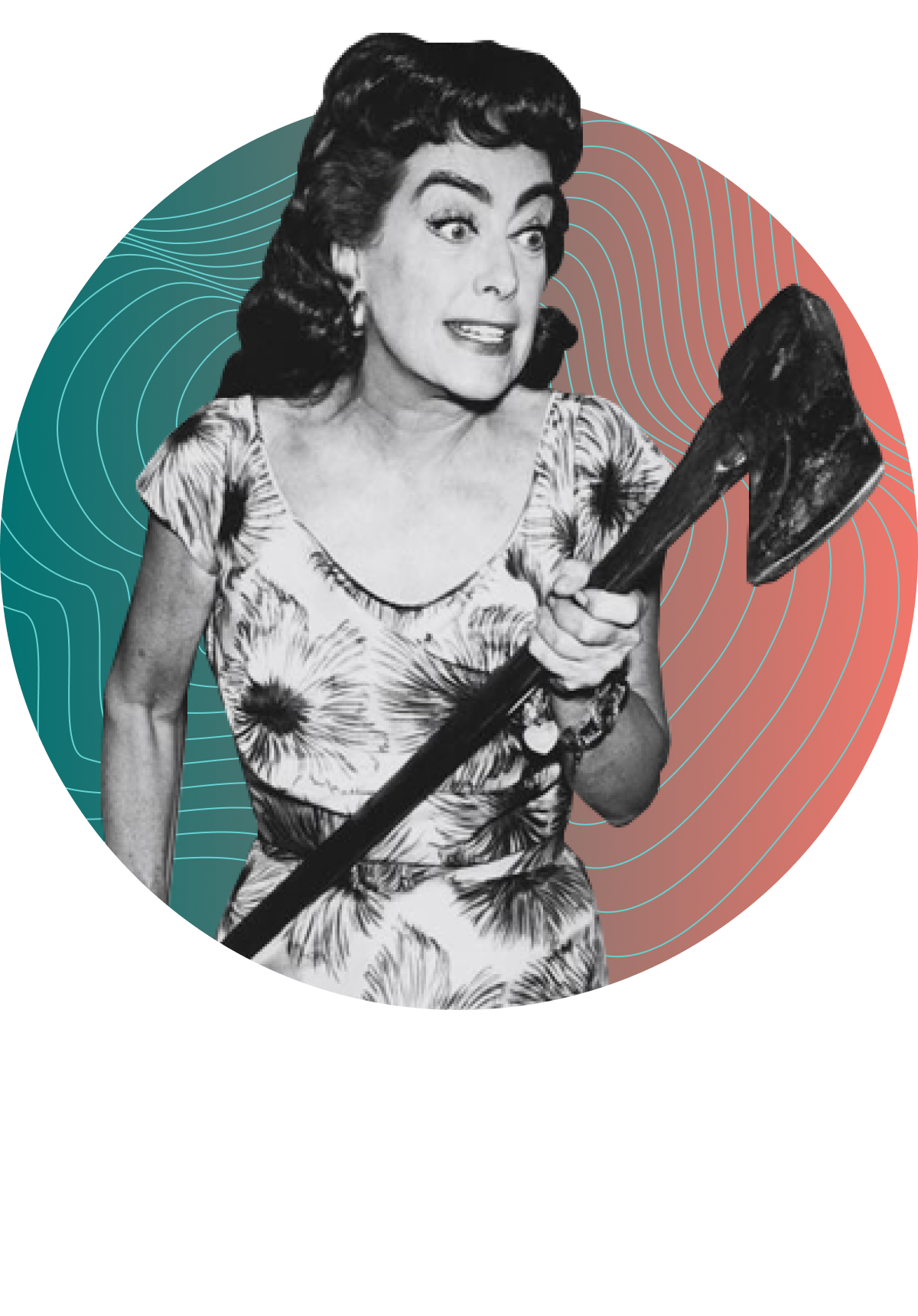 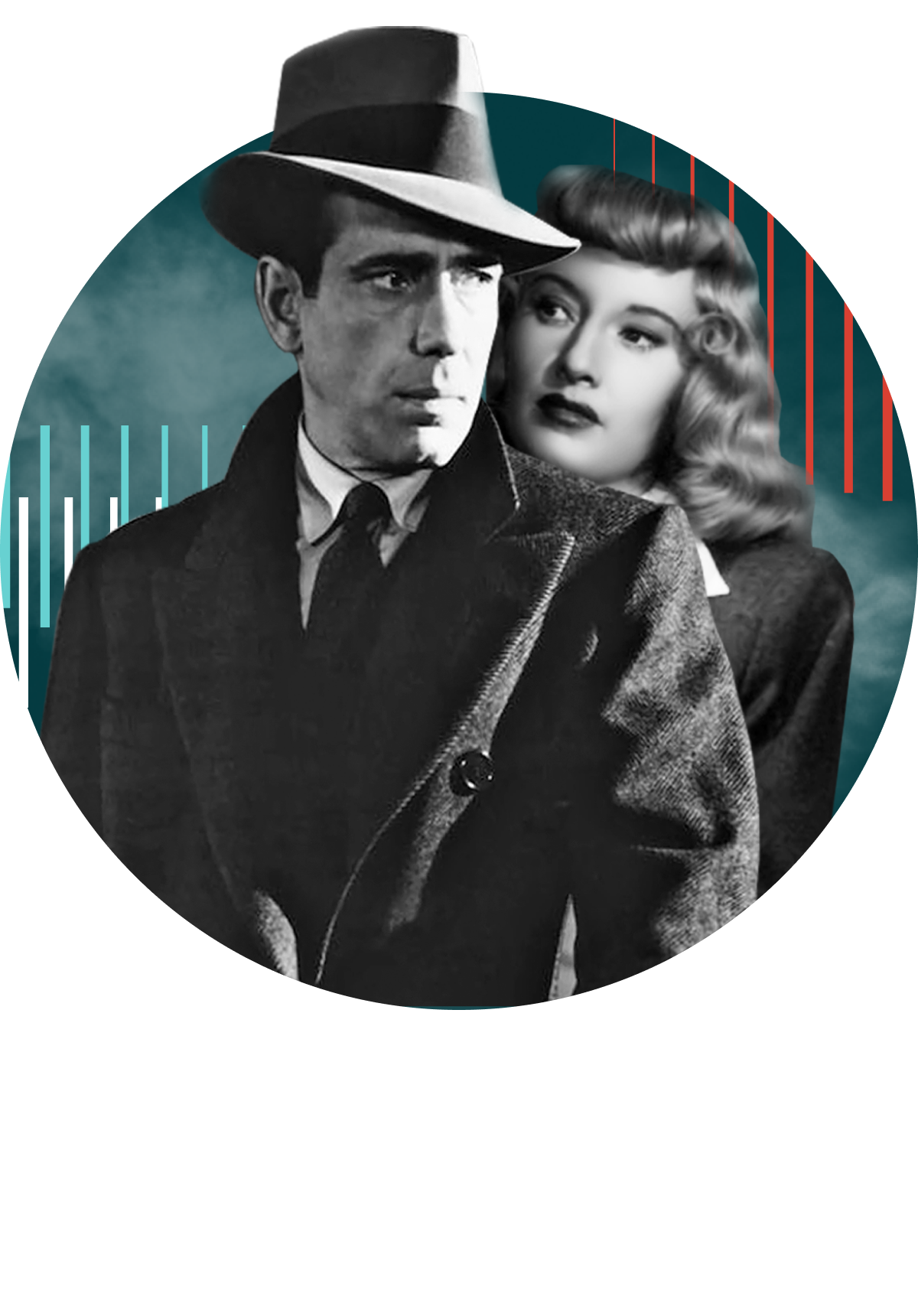 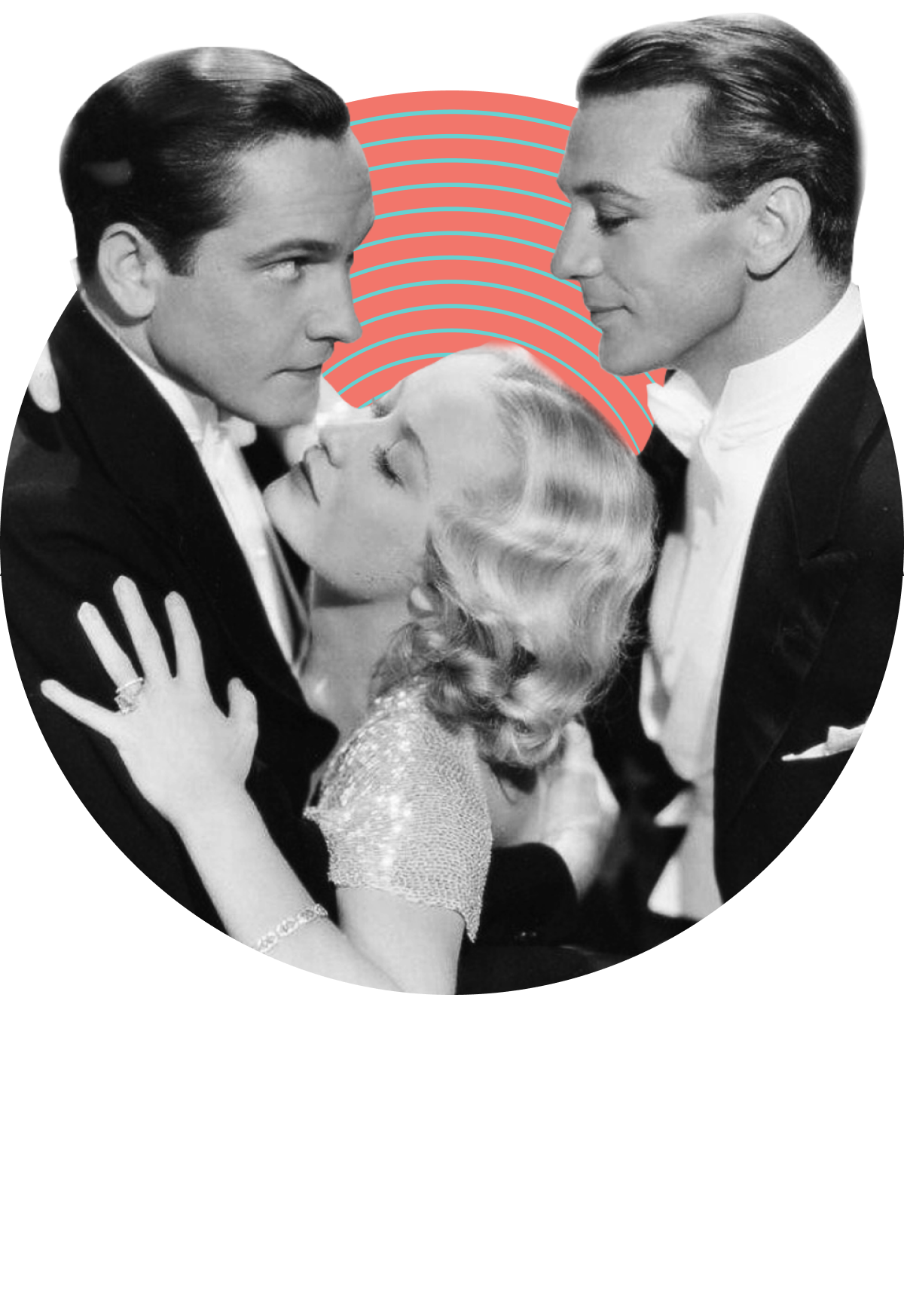 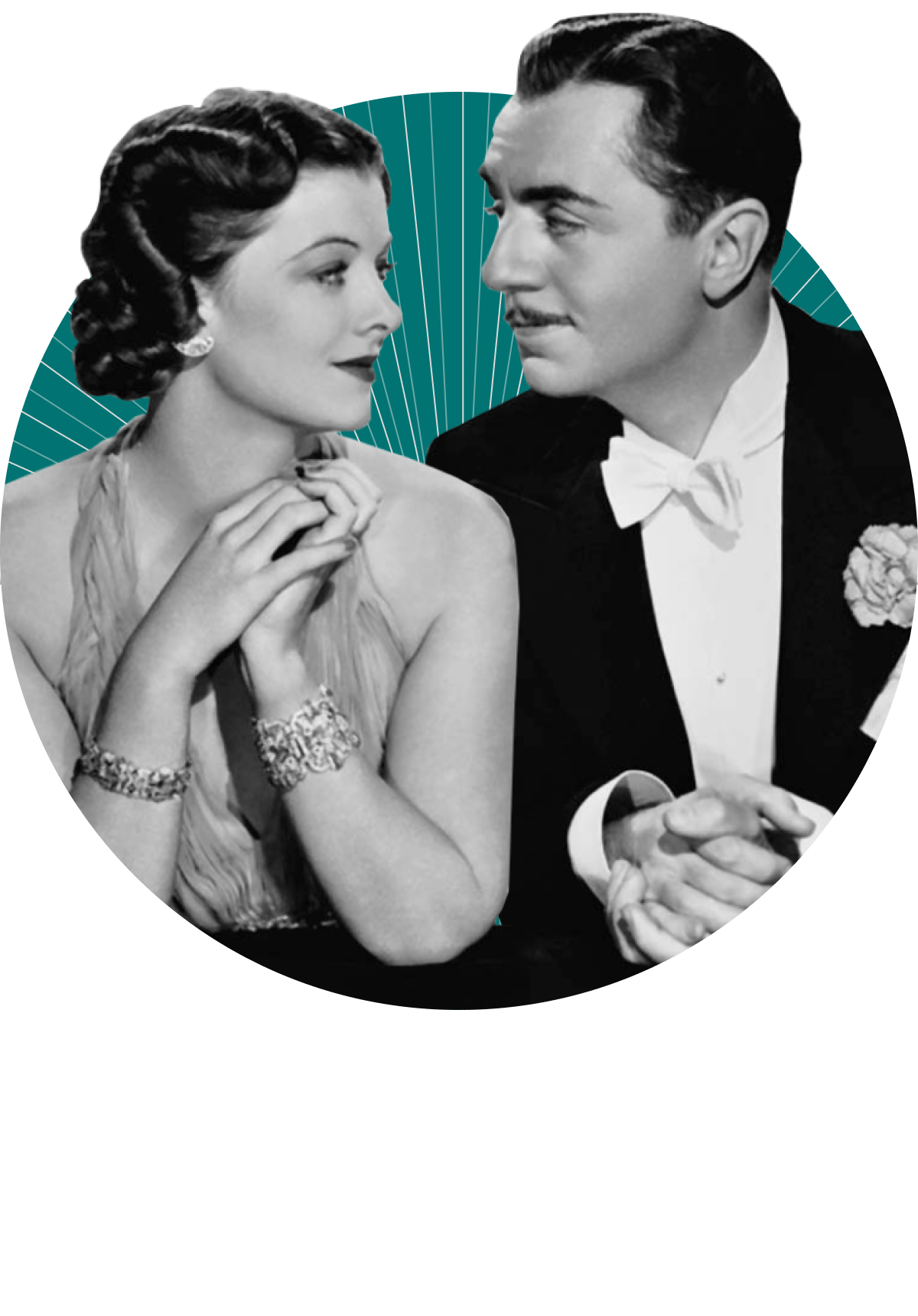 The homepage displays featured content and recommendations based on the user’s interests.
The suggested movie lists could be quickly added to one’s watchlist.

In order to give the user a sense of goal-completion, an active list will display the user’s overall viewing status alongside the complete list of films included therein.

Metascores appear high on a film’s page, compiled of data from movie-related apps. They help users quickly estimate the general conception of a film.

Users can keep track of all their active lists on their profile page, making it easier to keep track of their different subscriptions and to decide what to watch next.

A key goal of the app’s onboarding process is to understand the user’s personal interests, so that the app can suggest custom content that may be appealing to them down the road.

The Explore page provides access to the greatest amount of content. By starting off as a clean slate, it allows the user to run a distraction-free search through the app.

Take a look at another project?